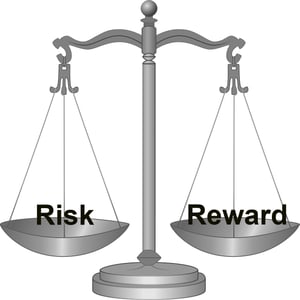 Once upon a time there was a local developer named Doug. He found property he liked and was well-suited to his product. He did his research on the dirt. He hunted for the problems that might be hidden. He purchased this piece of undeveloped land and felt confident.

Everything seemed to be going according to plan until he became ensnared in the entitlement process at the local County. He began to encounter puzzling delays during the review process. Staff pointed to vague nuances in the code to justify requiring things that didn’t feel reasonable to Doug, and they didn’t seem the least bit concerned by the delays or the money they were costing him. Even worse, it turned out the county’s planned improvements for the adjacent street and nearby intersection signal were unfunded, leaving Doug being asked to foot the bill for unexpected offsite improvements well beyond his impacts and left with only the hope of getting reimbursed someday.

Days of delay stretched into weeks and the fall rains loomed and threatened to doom his necessary late season construction schedule, costing him even more money for wet weather construction. As Doug watched his project spiral out of control and into the red, he was left wondering to himself, “How did this happen? What did I do wrong?”

You’ve probably known someone in Doug’s situation, or maybe you yourself have been in that situation. If so, you know the headaches, stress, and financial consequences that can come from such a familiar scenario. Are these scenarios just random bad luck, blamed on a rouge planner, or perhaps predictable?

In a previous post I talked about not falling in love with the dirt too soon. But even if you follow that rule, it’s also important to contemplate the impacts the regulatory agency can have on your project. That leads to the fourth trait of successful developers:

Trait #4: Successful developers are careful about where they choose to work

Successful developers understand that no matter how good the dirt is, choosing carefully where to conduct land development is just as important. Consistent success relies on fairness and predictability from the governing agencies. The most successful developers are always on the lookout for:

As poor Doug discovered, if these ingredients are not present in local government, it can be difficult to predict costs or development timelines, or worse…both.

So what happens when you discover a deficiency in one or more of the elements listed above where you want to develop? In my experience, there are two paths developers choose, and the choice highlights a key difference between consistently successful developers and those that are less successful or perhaps just occasionally successful.

That choice is whether or not to resist the urge to buy anyway.

Successful developers don’t allow themselves to be so intoxicated by the quality of the land that they work in environments that are hostile or unstable for development. They are willing to walk away from a piece of property when the regulatory atmosphere is too unpredictable. All land development is a risk, but the developers everyone admires always quietly and carefully research the risks, who controls those risks, and then make deliberate decisions whether the risks are worth taking. Sometimes the best deal they make is the one they don’t.

Not so consistently successful developers, on the other hand, are more willing to gamble with things they don’t control. They plow ahead and hope for the best. Sometimes, admittedly, the gamble pays off for them. But how well do you think they sleep at night? How reliable is that profit forecast? Also, these are often the “boom or bust” developers we all know who seem to always exist at one end of the spectrum or the other. Their projects are either raving successes or utter failures, and they’re always hoping the next one isn’t fatal.

Years ago I had a client who wanted to develop a site that was under a fragile moratorium area due to transportation capacity issues. Eventually the jurisdiction made some small improvements and opened the area for very limited development, but only a certain amount of peak hour vehicular trips were available. Many developers, including my client, were so desperate to not miss this window of opportunity (see lottery) that they camped out overnight at the county building to ensure they were the first to submit the day the capacity was available. In spite of the fact that my client’s project made it in, the project is still not built to this day. Great developers don’t rely on such a “Day after Thanksgiving Day Sale” strategy as the key to being successful.

I’m not suggesting that successful developers always walk away whenever there’s a hint of potential trouble. But when they can see it coming, the great developers try to avoid swimming with an anchor of unknown weight. In fact, as mentioned in the last bullet above, one of the most successful strategies to improve opportunities to succeed is to seek out communities where you can substantively influence the agency’s codes, fees, zoning plans, and decisions makers. In other words, help build the sand box you want. More on this in my next post.

Had our friend Doug followed the example of more successful developers, he could have recognized the potential landmines of working with the county and made a conscious decision whether or not to purchase the property in the first place. Carefully choosing where to work can be the best decision you ever make.

How deeply do you research the regulatory agency before undertaking a development project? Have you ever walked away from an otherwise good project because the agency concerns you? Please leave a comment or send me an email to let me know.