The Eight Traits of Successful Developers: Traits #1 and #2 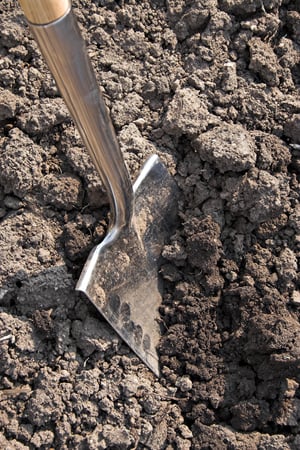 In my 25 years of land development consulting I’ve had the opportunity to work with a wide variety of developers, from small first timers trying to develop the family farm to large institutional developers with dozens of active projects around the country. Within this wide range of developers there are many unfortunate stories of failures, bad projects, and sometimes financial ruin.

But I don’t want to dwell on the horror stories. Instead, I would like to share my observations on the success stories. Every developer will eventually get stung by a project gone bad, but the great ones take it in stride, learn from it, and move on the next one. If you’re interested in improving the results of your development ventures, I encourage you to read on.

Based on my experience, there are eight traits that are common among developers that are consistently successful. I am going to discuss the first two traits in this post and will share the rest in the coming weeks and months. There is no ranking to this list. I’ve decided to examine these two traits first because they are truisms for me and they go well together.

Like in our personal relationships, many of us eventually come to understand that if we fall in love too soon we get hurt often. If you become completely emotionally committed before you fully understand the other person, it can really hurt when you discover you’re not a good match and eventually break up.

The same can be true when developing land. We’ve all either done it or seen it happen. A developer has found the perfect piece of property! It looks great, it’s not tied up by someone else yet, and it has so much potential. If you don’t grab it, someone else surely will and you will regret it every time you drive by!

The great developers have a checklist or a system for evaluating available property for development, and they continually refine it. Yes, they see opportunity because developers must be optimists by nature, but they are tempered and understand that premature commitment can result in unnecessary spending and distraction from other opportunities. They also have a good team of advisors and consultants to help fill in the blanks, and they don’t let the love of what they hope it could be cloud or marginalize the facts that will become glaring when the honeymoon ends.

If you fall in love with the dirt too soon you are increasing the odds of missing something that will eventually bite back.

Trait #2 follows on the heels of the first trait. No piece of dirt is perfect, and so the great developers design their due-diligence process to find “the problem.” By that I mean that great developers assume there is a reason a property isn’t developed yet and they seek to discover that reason before they can proceed with confidence. And like the analogy of personal relationships, there can be more than one problem to find. Keep digging until you find it.

That said, problems aren’t always fatal, and the great developers have experience and strategies to mitigate problems that other developers might run away from. It could also be that a problem existed previously but has been resolved. Perhaps that offsite sewer, traffic light, or stormwater capacity problem was solved by the city or another developer. Or perhaps a seller simply refused to sell the land previously but is willing to sell to you because they feel they can trust you. But even though some problems can be easily resolved, sometimes the problem cannot be solved with money or purchase price mitigation.

A client once told me, “Every property has a problem and you are certain to find it. The talent in developing land is to control when you find it, and you’d better hope you find it before you’ve bought it!” I don’t believe hope is a strategy and really, he didn’t either. I think he meant he was hiring me to help him find the problem and I’d better hope I find it before he closes!

Stay tuned for future posts that outline the six remaining traits of successful developers. Next up: I’ll share my thoughts on how great developers choose where to do business and why it makes a difference.

Have you ever fallen in love with a site too soon, or do you keep your guard up until you’re sure you’ve unearthed all the problems? Please leave a comment below to let me know.