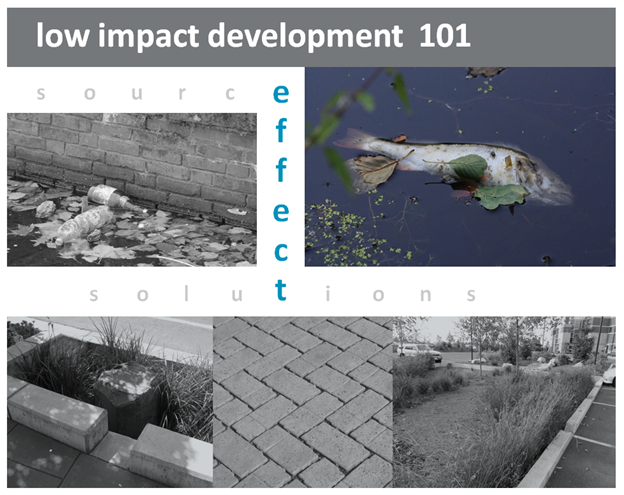 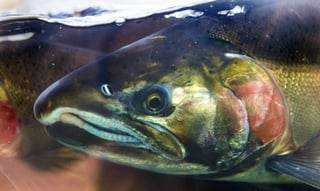 More recently, the effects of this stormwater, and the effects of the chemicals in the stormwater, on fish has also been studied. In one such instance, National Oceanic and Atmospheric Administration (NOAA) scientists conducted a study regarding the effects of urban stormwater pollution on coho salmon embryos in particular; the results, as you will read, were sobering. 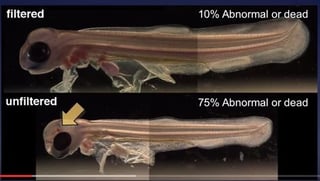 How toxic is stormwater runoff?

In another study, Washington State University Scientists (McIntyre, 2014) studied the effects of urban stormwater on zebrafish embryos (a common species used for laboratory experimentation to rapidly assess effects). Zebrafish embryos (pre-hatch condition) were placed in clean freshwater (control fish) or in highway stormwater runoff (collected from a high traffic volume arterial street in Seattle, Washington). Then the fish were observed through hatching and partial development.

The study showed that 100% of the fish in the stormwater died within 96 hours (versus greater than 96% survival for the control fish). Even at 48 hours most of the fish in the stormwater had sublethal developmental abnormalities such as inability to hatch or delayed hatching, lack of swim bladder inflation, small eyes, fluid on the heart, deformed jaws and congestive heart failure.

To further evaluate the toxicity of the roadway stormwater, zebra fish were raised in solutions of 5%, 10%, and 50% stormwater runoff. Even the fish raised in a solution of 5% stormwater (95% fresh water) experienced several sublethal effects (J. K. McIntyre, 2014). Indeed, urban stormwater is very toxic to fish. 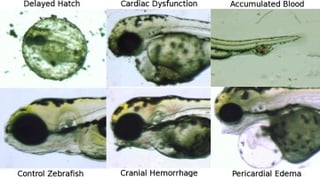 Finally, stormwater’s effect on adult coho salmon has also been studied. In several studies, researchers investigated urban streams that had returning spawning adult coho salmon. They found widespread and recurring deaths of the adult coho salmon that return each fall to spawn in urban creeks in the Pacific Northwest. They found that 63% to 83% of the adult salmon were dying before they had a chance to spawn. The scientific evidence indicates that salmon deaths are caused by the toxic chemical contaminants from land-based urban runoff that ends up in the urban streams during the fall spawning season (Feist et al., 2011) and did not appear to be due to water temperature or dissolved oxygen (Scholz et al., 2011). Before death, the adult fish were disoriented, lethargic, gasping and floating near the top of the water.  In contrast, pre-spawn mortality in rate in comparable non-urban streams was found to be less than 1%. 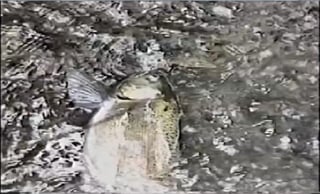 In our next Low Impact Development 101 post we will discuss treatment of urban stormwater runoff with LIDs in more detail.

We hope you use this series to educate your family, friends, and professional networks about stormwater impacts and how LID solutions can help solve them. Please share and get the word out!

Check out the other posts in our Low Impact Development 101 series:

pt 1. The Source of Stormwater Pollution

pt 3. Stormwater Toxicity Solutions - Can it be that simple?