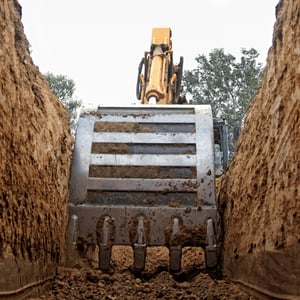 Developers tend to be optimists. That’s a good thing, because a world filled with skeptics and pessimists wouldn’t be nearly as advanced as our world is today. Optimists are willing to take risks because they have a vision for what can be and believe they will succeed.

Successful developers also understand that it is important to temper their optimism with realism, and they recognize that the best source for realism should be their team of consultants. The great developers understand how to create an atmosphere in their consultant relationships where there is no fear.

Like in many long-lasting, healthy relationships in our personal lives, successful development consulting relationships rely on people being extremely honest and candid when you need it, rather than trying to keep you happy by telling you what you want to hear. Developers should not expect or rely on consultants to be optimists or to filter information for them too much. If they do, it can create situational blindness and risk. Too much optimism can skew the reality of critical information, especially during acquisition due diligence or construction plan preparation. Which leads me to the third trait of successful developers:

Trait #3: Successful developers encourage their consultants to be realists rather than optimists

It is my experience that less successful developers often demand “forced optimism” from their consultants in the form of fear or intimidation. Even developers that don’t pressure their consultants to be overly optimistic can still get burned when the consultant is afraid to relay potentially unpleasant news out of fear of losing the client. In both cases, the result is similar to a kid who is flunking chemistry but doesn’t tell their parents out of fear over how angry they’ll get. The parents can’t help because they don’t know until it’s too late. This lack of current and accurate information for a developer can result in blind spots, and blind spots are where risk grows unnoticed. And especially for developers, risk that grows unnoticed is not good!

Consultants should be encouraged to expose problems and advise on risk, not downplay risk. For example, soil infiltration rates can be a significant factor in code-compliant stormwater solutions which impact cost, yield, and liability. A developer shouldn’t expect their civil or geotechnical consultant to recommend just assuming good infiltration because the site next door had high infiltration rates.

Another good example is during preparation of the design plans when the engineer struggles to make grades work, or lots fit, or faces some other geometric challenge and decides to “solve” it by including a design exception or variance request. A successful developer will have an engineer that does not move ahead optimistically based on the assumption that the exception or variance will get approved. Can you afford the delay if it is denied?

Great developers build consulting relationships and create an atmosphere where there is no fear, only unfiltered and clear information and advice from their consultants. One of my clients put it this way: “Good news tends to travel too fast and bad news can’t travel fast enough.” My former boss told me, “Bad news doesn’t get better with age.” You don’t want consultants waiting to share problems until Monday or bending the data to your liking because they fear how you will respond to less than perfect news. This applies to all aspects of development including site conditions, entitlement or construction schedules, new regulations coming down the line, or necessary variances to make the layout work.

The most successful developers know it’s their role to be the optimist because it’s their vision. They see all the potential possibilities in the project. But they highly value and cultivate consultants that are realists and who bring constructive candor even when the consultants know their clients won’t like hearing it. In land development, the only bad information is the information you don’t have.

These are some of my suggestions for developers as a long-time consultant. Do you as a developer have any similar tips for consultants? What steps do you take to encourage your consultants to be realists? Please leave a comment below to start the conversation.